Skip to content
Is time running out for Solar in Perth metro?
Western Power Solar rejections have begun and it is not just the beginning they are on the rise. Incase you are “Solar free” and have not experienced a Western Power approval process, this is the mandatory process of applying for the installation of a Solar system for your home and business.
If you are a proud owner of a Solar system in Perth, then there is no cause for concern. However, if you are Solar free, we highly recommend you read on… 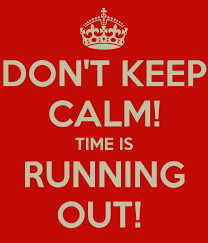 Sooner or later, we believe that all residence in Perth would like to go Solar, so too have Western Power considered this scenario. Let’s take a leap into the future… The South-West grid including the Perth metro area consumes around 4GW power at any particular moment in time. Let’s consider that if every home in Perth installed a 5kW solar PV system, multiply this by 1 million homes will equal 5GW of power production. This effectively means that we will be producing more than we are consuming… then it is only logical that Western Power will be forced to limit system sizes so this doesn’t occur, hence it won’t be long until Western Power will be rejecting Solar applications.
What we have found recently is systems are still being approved, but in some cases at a lower capacity than applied for. For example here in Perth, Clean NRG had a 30kW commercial inverter application reduced to 12.5kW in Malaga. Could this be the beginning of the end for Solar in your area? If you’re thinking about going Solar, do it now before Western Power approvals are knocked back in your area.
First in best dressed
Perth’s electrical grid spans from Esperance to Kalgoorlie to Geraldton… There are many smaller towns outside of this area which are on their own isolated grid. Lets consider residents of Broome, Debham, Exmounth, Leonora, Marble Bar, Menzies and Mullagine who have yet to install Solar have missed the “Solar Bus”. If history was to repeat itself in Perth, but just on a larger scale, then this is also what is in store for the people of Perth.
Solar Cap in Broome – case study
Frustrations of Broome residents are on the rise with sky rocketing power bills and no means of counteracting the hike. “Residents in the Kimberly town of Broome have said they are fed up with being prevented from accessing Solar power despite living in one of Western Australia’s sunniest towns.” Says Matthew Bamford, ABC News. “Small business owner Cameron White has been trying to switch to solar for two years in a bid to reduce his power bill but he says he has been blocked at every turn.
At Clean NRG Solar, we feel that all Australians agree that everyone should be connected to Solar, but unfortunately this is no longer possible for some Aussies, regardless of our sunshine.
We urge you to take action while rejection levels are still at early stages.