Off grid solar systems supply electricity to properties that do not have a connection to the public electricity network.

All these systems are independent power stations capable of powering a wide range of properties including home or business with reliable electricity.

These systems utilise the energy generated by the sun by harnessing the power that your solar panels store.

Clean NRG Solar are leaders in Off Grid Solar Systems. We offer a complete range of Off Grid Solar Power Systems giving you a quiet, clean, efficient source of remote power anywhere at any time. Below are the 4 different sized Off Grid Solar power systems we can provide. We have outlined a brief description of performance, capability and budget requirements. At Clean NRG Solar, every off grid solar system we install is designed to meet your unique power requirements and can be tailored to meet your performance and budgetary expectations.

Choose from our range of Off Grid Solar solutions: 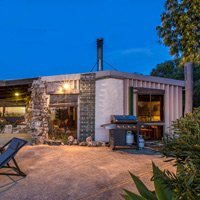 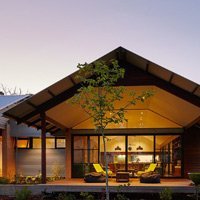 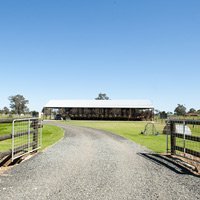 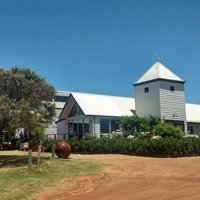 Benefits of Off Grid Solar Systems

If your residence does not have a grid connection available or it’s estimated to cost over $20,000 to grid connect, an Off Grid Solar System is a great alternative to a noisy generator.

You can achieve a silent solution of free power. Running costs will also be very low as off grid solar harnesses our Perth sun as your main power supply while allowing you to enjoy the serenity.

Is It Worth Going Off Grid in the City

The grid offers us an abundance of electricity which allows us to turn everything on at once, whilst not having to worry about tripping the system.

The cost to build a solar power plant with this capability would be over $100,000. You would be much better off installing a large grid connect Solar system for between $5,000 & $7,000.

Our advice – keep the grid and save the money.

Having said that, it depends on your reasons for opting to disconnect from the electricity grid. If your power quality is poor (appliance damaging grid voltage and frequency) with frequent black or brownouts and you really need your appliances to run when you want them, an off grid solar system is perfect.

For example, you may be running a business from home and you need the power on all the time. Or you absolutely need your rainwater tank’s electric pump to work during bush fire season. In these situations off grid solar is well worth considering.

In general, most people in Perth have a relatively good quality power supply with infrequent disruptions, so off grid solar system is generally not needed. If you are considering disconnecting from the grid and think it is a good way to save money on power bills… well, we are not quite there yet.

In general battery bank replacement costs are slightly higher than what you would have paid for power over a 10 year period. However, we fully expect power prices to rise and battery bank pricing to fall.

So we may only be 2-5 years away from disconnecting from the grid becoming a very attractive financially savvy option to consider.

How Do I Size My Off Grid Solar System?

This is the important part of designing and sizing a system that is right for you and your family.

To size your system, start a spreadsheet and list all your appliances in one column, in the next insert how many hours per day they are in use.

Please use our Appliance Electricity consumption guide as a reference. Then add up your totals for summer and winter and build a monthly energy usage estimate.

We can then design a system to suit your needs and tweak your load profile to give you the best value for money possible. 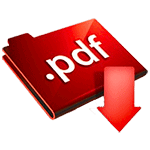 Who is Eligible for Off Grid Solar Systems and When Should You Get One?

Anyone is eligible for an off grid solar system.

As long as you have a property to put it on, you are eligible.

If you are already connected to the grid and want to be independently powered you can disconnect from the grid and generate power from an off grid solar system.

If you have a property that is not connected to the grid then it is well worth considering an off grid solar system to supply your power requirements.

Particularly when it is going to cost you northwards of $20,000 to connect to the grid, in which case an off grid solar system is an extremely viable proposition. 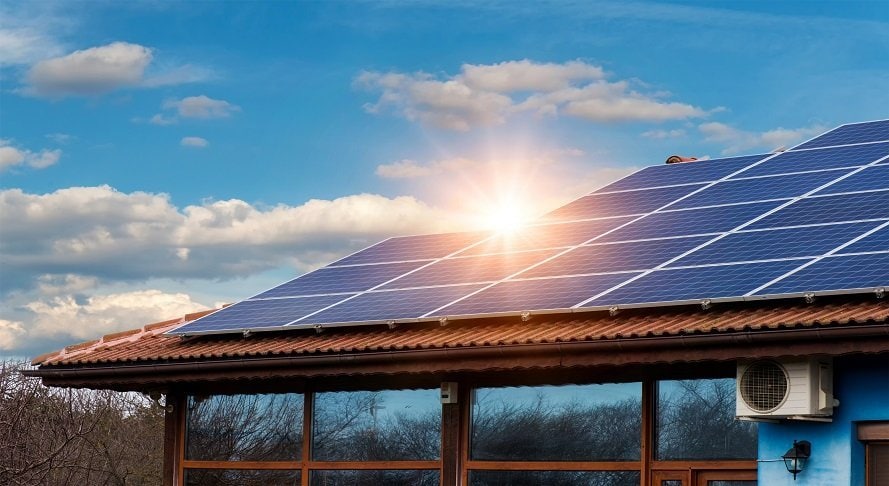 How much will it cost?

Cost very much depends on how much power you require and the level of reliability you want. In general, the more energy you use the bigger the battery bank required and the higher the cost. Clean NRG Solar can give you an indicative cost guide and quote depending on your power consumption. At Clean NRG Solar, our first step in good design is to find ways to reduce your energy requirements thereby reducing your overall system cost. TIP: Often it is more cost effective to replace inefficient white goods with 6 star rated appliances.

How reliable is an Off Grid Solar system?

Reliability can vary widely depending on the quality of the design and quality of the major system components. Clean NRG Solar’s design philosophy is to provide high quality power (240Vac with a pure 50Hz sinewave) that will meet or exceed your design load expectations. We achieve this by only selecting high quality inverters, batteries and panels engineered to meet demanding Australian conditions.

Are there any other ongoing costs?

How often will the generator come on?

This is heavily dependant on the size of your battery bank, the amount of energy used and the amount of energy produced by your Solar panels. For a well designed system the generator will operate more frequently during the winter months when the weather is over cast. During clear sunny weather your system should be able to power all your normal daytime loads and your battery bank should have more than enough stored energy to power your nightime loads. Your generator should also come on at least once/month for 30-60 minutes to ensure its internal parts stay lubricated and to charge the starter battery.

How often will I need to replace the battery bank?

A well designed system with an appropriate sized battery bank will last from 10-15 years. We are talking quality lead/acid batteries and quality Lithium batteries here. Other chemistries will have different life times depending on how they are used. At Clean NRG Solar we recommend battery technology that we know will work with a well known lifetime. There have been some extraordinary claims by some battery manufacturers, with incredible life times and performance. Which are often extraordinarily hard to verify and hard to believe with highly inflated price tags.

Some battery chemistries can be quite dangerous, when installed poorly. A well designed system installed by an experienced off grid installer minimizes the risks. Clean NRG Solar has selected mine spec quality WA designed GenZ batteries due their very stable and safe LiFePO4 chemistry. The batteries have been impact tested, extreme heat (130 degrees C), overcharge current and voltage with no adverse outcomes.

Can I get an off the shelf system and install myself?

You sure can, however for safety reasons we strongly recommend that you do not. We recommend a suitably qualified Off Grid Solar electrician to install your system. An off the shelf system means that it was not designed for your needs, perhaps using components that are not entirely matched, and not suited to the application or location. The system may work well most of the time, but do not be surprised if the “off the shelf system” dies when you really need the power like during a heat wave or even worse during a bush fire.

Why does price vary so widely depending on who I talk to?

Price is closely linked to quality. Poor quality systems often use very cheap non tier one panels, cheap undersized battery banks, cheaper brands of inverters that may not be fit for purpose, cheap genset that may have poor non stable voltage and frequency output and poorer quality warranties. If you already have a quote for such a system demand to know the system components and closely check the data sheets, importer and manufacturer.

Why do grid connected Solar power systems cost so much less?

There are 2 main reasons. 1. Off Grid system are far more complex with more components, and require much greater reliability. 2. Upfront discounts/government incentives ( STC’s) with all on grid and Off Grid Solar PV systems only apply to the kW capacity of the Solar Panels. In short there are no discounts on the inverters, batteries, panel mounting system and install costs. So for an off grid system you are paying for 2 inverters, battery bank, extra install labour and a design. Off Grid inverters are significantly more expensive than on grid inverters as they are much more complex electronically and the inverters that Clean NRG Solar have selected have a very high reliability factor. For a grid connected system reliability is not as important. If the grid inverter fails the main consequence is a higher electricity bill. 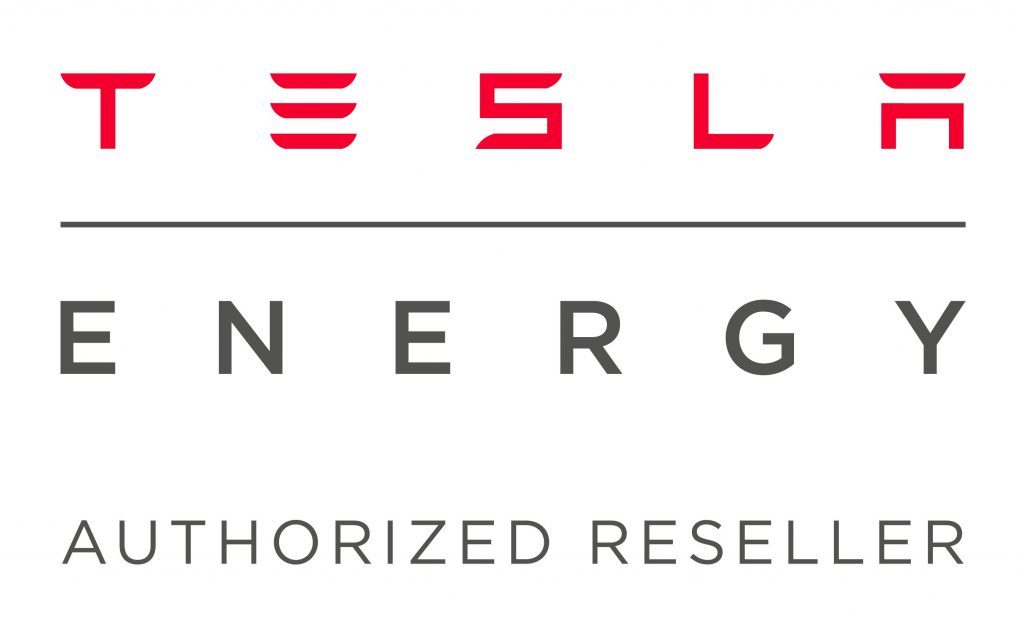 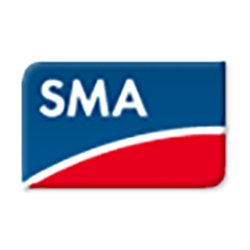 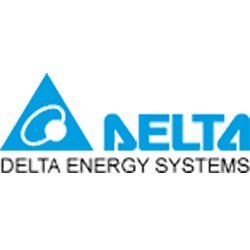 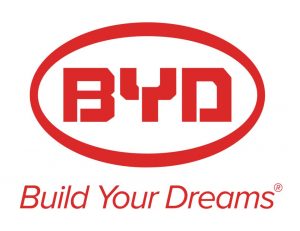